Prepare for the latest CU*BASE release by reviewing documents and training opportunities.
END_OF_DOCUMENT_TOKEN_TO_BE_REPLACED

Ever wonder what’s coming for CU*BASE or It’s Me 247 online banking or other CU*Answers tools?  This page is intended to help you keep in the loop for things that are in the pipeline or nearing completion.  Just remember that our development cycle is a living, breathing machine and we are committed to remaining flexible and nimble so that we can continue to meet the needs of our clients, partners, regulators, and, most importantly, your members.  (In other words, all dates and slated projects are subject to change!)

What we hope you will get out of this page is a general understanding of the procedures and policies our teams must follow in reviewing project requests and monitoring how they move between the various stages of the development process: from initial request, to approval, to design (the “specs”), to production, to testing, to documentation, to communication and training for clients, then finally to implementation and follow-up. The process is time-tested and your understanding of the procedures will help you understand how our “factory” operates on a daily basis. 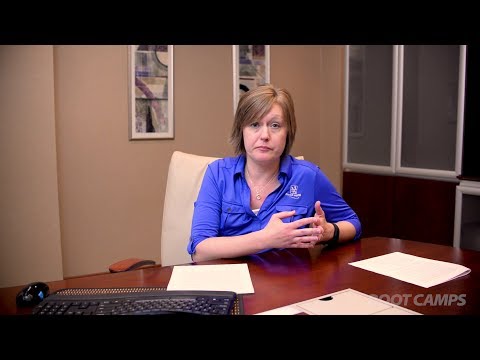 There are many factors that control what projects can make it past the “what an interesting idea” stage into actual design specifications and programmer development (meaning: spending the CUSO’s money!).  Here are some key drivers that influence your CUSO every day (in no particular order):

The Production Team meets on a weekly basis to evaluate projects that are moving through the pipeline and getting ready to be slated for a release.  There are a number of factors this team considers when slating specific projects for a particular release date:

Who manages this development at CU*Answers?

Unlike a traditional department or specific group of staff, software development at CU*Answers is driven by a network of leaders from all areas of the organization as well as external players from partners to clients and members.

Driving the day-to-day work is the Product Team.   This team consists of the key leaders for “the factory” – meaning all of the different phases in the development of software tools, from programming to QC to documentation. Our planning includes EFT, online banking, imaging strategies, audio response, and CU*BASE, and the tools often intertwine and share resources.

When are releases scheduled?

Our release numbering scheme includes the year and the month.  For example, a CU*BASE GOLD release in February 2021 would be 21.02, and one in May would be 21.05.  (The month # is based on when online CUs are scheduled to receive the release.)  All dates are subject to change.  If a release is rescheduled, the release number will be changed.

What effort goes into a typical release?

A recent, fairly typical fall release included more than 70 projects, which involved changes to over 800 program objects, 1700+ custom program objects and 45 file changes. All of this added up to more than 11,800 programming and QC hours. Each major release is deployed in 3 phases: a beta phase for 3 or 4 clients over a 6-week testing period, followed by the general release where it goes to all CU*Answers online and Site-Four credit unions, and finally, deployment to our self-processing clients a week or so later. The effort to package the release and install it took 3 people over 250 hours to ensure that nothing was missed. On the Sunday of each phase of the deployment there is a group of up to 8 or more people that get up before 6 AM ET to get everything running before anyone in the outside world tries to use the updated CU*BASE system.

What happens after the release?

In addition to our extensive QC testing efforts prior to any software changes being released, we also have a Post-Release Validation (PRV) program that extends the verification process even after software has been implemented.  Read more about this on the PRV page.

How can I keep track of what’s coming down the road?

Track our plans and progress on major projects in the Kitchen
We use this page to introduce major projects and hot topics that are either in the design phase or in development. Check here often to see what’s cooking!

Review the Software Development Life Cycle (SDLC) Policy (Updated: August 20th 2020)
This policy documents the rules and procedures for approving, tracking and communicating the status of software development as it moves through the CU*Answers production factory, from initial request all the way through final implementation for clients.

Review the working Project Release Plan (Updated: January 12th 2022)
This is the most important document used on a daily basis by our Production Team to plan for software releases.  Remember that this is a working document, and it is subject to change at any time.  No promises should be implied by this document: we reserve the right to change, remove, or reschedule any project from this list, even those that have already been slated for an approaching release, based on QC test results or changing priorities.

Read about projects already implemented
All major releases (and most monthly GOLD updates) are communicated via a Release Summary that is emailed to all clients and posted on our News page.  This same information is also available via the “What’s New?” topic in CU*BASE GOLD online help.

Join the beta pool! We’re always on the lookout for credit unions willing to participate in the beta-test period for major CU*BASE software releases. If your credit union would like be in the pool considered for beta testing new features and enhancements, we need you (and there might even be some $money$ in it for you!!

Be a part of the Active Beta Study Group! Get the first look at newly introduced tools and provide valuable feedback via a new collaborative community website.

Don’t forget: the 21.12 Release of CU*BASE was implemented on December 5th.  Be sure to review database changes before running queries for this month.  Click here to view documents including the latest Release Summary and Tool Changes. Visit Show Me the Steps for step-by-step instructions on how to use the Automated Reports and Queries feature:… Read more »

The Automated Reports and Queries feature makes it fast and easy to run monthly reports, but remember: it’s not a “set it and forget it” kind of thing.  Reports do run automatically but it’s still important to check the “All Reports” tab in CU*Spy to make sure they were produced as configured (and that someone… Read more »

CU*BASE Release 21.12 Online and Site Four Release Date is December 5 Self-Processor Release Date is December 12 Documents 21.12 Release Summary 21.12 New and Updated Tool Summary 21.12 Database Changes Summary  Reminders GOLD Version Check Following the release, if someone logs into a workstation that is not at the proper version of GOLD or… Read more »

Don’t forget: the 21.10 Release of CU*BASE was implemented on October 3rd.  Be sure to review database changes before running queries for this month.  Click here to view documents including the latest Release Summary and Tool Changes. Visit Show Me the Steps for step-by-step instructions on how to use the Automated Reports and Queries feature:… Read more »

Looking for new ways to expand your loan portfolio? With the new release we are expanding the 1Click Offers feature to include other types of unsecured loans, for example a $500 holiday loan or pay day alternative. And, as icing on the cake, we’re also adding the ability to optionally attach a form to the offer for the member to e-sign.

END_OF_DOCUMENT_TOKEN_TO_BE_REPLACED

CU*Answers has embarked on many missions through the years to prepare and serve start-up credit unions as they build a presence in their communities.  Sound financial institutions have a solid base as their core processing system and secured data storage. END_OF_DOCUMENT_TOKEN_TO_BE_REPLACED

Mobile App 5.0 presents a complete redesign and updated look to the CU*Answers mobile app. With Mobile App 5.0, members can personalize their accounts, take advantage of a refreshed navigation, a new accounts dashboard, a new RDC process, and much more!

END_OF_DOCUMENT_TOKEN_TO_BE_REPLACED

Do You Have a New Member Service Representative?