Mark your calendars for the 2021 CU*Answers Leadership Conference from June 15-17. We are planning for an in-person event and would love to see you. Watch your Client News emails for registration information in early April. END_OF_DOCUMENT_TOKEN_TO_BE_REPLACED

For 50 years, CU*Answers has been driven to be a forward-thinking organization, always pushing toward the next thing we should be doing, the next horizon, the next challenge to overcome, the next opportunity to harvest. Looking backwards too… END_OF_DOCUMENT_TOKEN_TO_BE_REPLACED

In 2020, CU*Answers will celebrate its 50th year in business. We’re excited to hear from our past and present clients, partners, peers, and employees. Together, we want to share the many stories from CU*Answers’ legacy and celebrate the successes, growth, trials, laughter, and accomplishments of the organization since 1970.

END_OF_DOCUMENT_TOKEN_TO_BE_REPLACED

CU*Answers at its core is a cooperative organization. We are constantly pushing what it means to be a transparent CUSO. This year we have decided our next step is to get you engaged, we want to hear your voice, the Owner’s Voice. END_OF_DOCUMENT_TOKEN_TO_BE_REPLACED 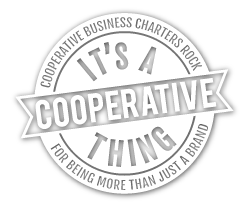 Each year these awards serve as reminders of the accomplishments achieved by our CUSO. They note our respect for the efforts of teams and individuals and develop a narrative around those who lead the way by highlighting their contributions. These annual awards acknowledge the accomplishments that stand out amongst a network of accomplishments; those who went beyond expectations. And we judge the cumulative effect of careers and partnership over those careers.

Each year, after research and review, the Management Team submits informal nominations to the CEO for the selection process. Awards winners are announced at the Leadership Conference held in June. 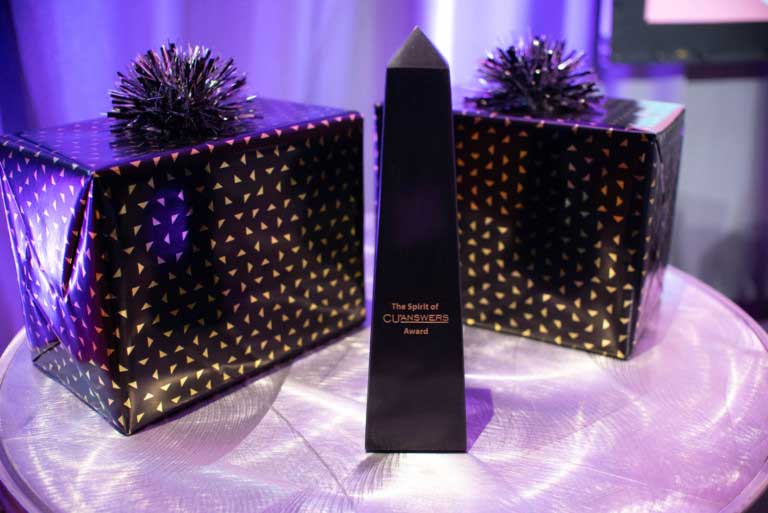 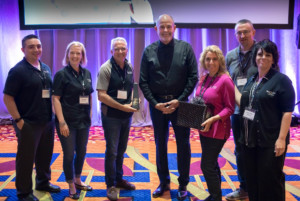 The annual “Spirit of CU*Answers” award lets CU*Answers recognize an online or self processing client for excellence: 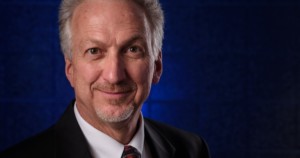 No tool, network, or collaboration is successful without those who pick up the concepts and move the ball towards success. Execution by leaders is what makes ideas come to life. CU*Answers saw the need to highlight the individuals and credit unions that exhibit that spirit. Robert Mackay pioneered this execution through not only being a driving force for this CUSOs expansion through including multiple credit union ownership, but also as constant on the board of directors as its chairman for 19 years. He led the way in building two organizations (Honor CU and CU*Answers) based on the merits of cooperation and the ideas this CUSO stands upon.

The Callahan awards – named for Ed Callahan, credit union pioneer and champion- represent credit unions who have during the year of their award showed all of us how to step up to ideals that Ed championed throughout his career. Ed Callahan knew and valued partnership, collaboration to win for members, and strength through the aggregation of credit union resources and hopes for the future. In that spirit we award three Callahan awards; one for Performance, one for Collaboration, and one for Member Focus, every year.

A Tribute to Robert H. Mackay

Bob Mackay served as a member of the CU*Answers Board of Directors from 1985 to 2007 and as Chairman for 19 of those years. Bob was there when the very first client came on board, and over the years his vision for the future helped to push CU*Answers toward the 500+ credit union relationships it now supports nationwide.

His leadership and inspiration served not only as a guide but as the compass for CU*Answers to grow and prosper into a CUSO that is now known in the industry for its core values of cooperation, collaboration and innovation.

The challenge of leadership is to be strong, but not rude; be kind, but not weak; be bold, but not bully; be thoughtful, but not lazy; be humble, but not timid; be proud, but not arrogant; have humor, but without folly.

CU*Answers and the million members it serves are forever indebted to Bob for his dedication, his wisdom, his gentleness, and his strength.

Words to live by, shared by Bob Mackay.
Taken from a quote by Jim Rohn.

CFOs and Accounting Leaders:  join your peers for a discussion of network solutions available to you as accounting professionals and learn what drives development at CU*Answers.  Join us for the following virtual-only events on Friday April 30, 2021 and help us shape the solutions being developed by our CUSO! Accounting Top Priorities Focus Group Hosted… Read more »

Join us for the Annual CU*Answers Golf Outing! Register for the CU*Answers Golf Outing, which will be held at the Saskatoon Golf Club during the 2021 Leadership Conference Week!  Unwind after an exciting week of events with a round of golf, a cold drink, and a pig roast lunch. Thursday, June 17 8:30 AM ET… Read more »

Announcing the 2021 CU*Answers Leadership Conference!  Join us for a discussion on the CUSO’s performance over the past year, as well as where we are looking to take ourselves next.  We look forward to seeing you at this unique event – connect with your peers for an energizing and inspiring week focused on our shared… Read more »

CFOs and Accounting Leaders:  join your peers for a discussion of network solutions available to you as accounting professionals and learn what drives development at CU*Answers.  Join us for the following virtual-only events on Friday April 30, 2021 and help us shape the solutions being developed by our CUSO! Accounting Top Priorities Focus Group Hosted… Read more »

Ready to sign up today?  Click below to get registered – we look forward to seeing you in May! Register Today! Hotel rooms can be booked at the Grand Rapids JW Marriott or the Amway Grand Plaza.  JW Marriott reservations can be booked via phone toll free at 877-901-6632 or via the local number at… Read more »

Come to CU*Answers or sign up for the free webinars we’re holding in the Asterisk Intelligence Week event!

For people who analyze data or manage data, this educational event offers sessions to expand skills and discuss strategies to prove the value of data.

END_OF_DOCUMENT_TOKEN_TO_BE_REPLACED

Kick Off the New Year with Analytics Booth!

Take on the new year with enhanced operational reporting and improved trending abilities – impress your board with insights powered by Analytics Booth!

END_OF_DOCUMENT_TOKEN_TO_BE_REPLACED

Check Out The IRSC Store!

Visit the Internet Retailer Support Center online store to find out where you can shop, see what other credit unions are doing, customize your options, load your cart, and even pay instantly via a credit card! END_OF_DOCUMENT_TOKEN_TO_BE_REPLACED

Take a Look at the CU*Answers University Courses for April!

Get Ready! The 2021 CU*Answers Leadership Conference is Coming!

Join Us for a FREE Education Express Webinar!